Gone With the Wind on blu-ray 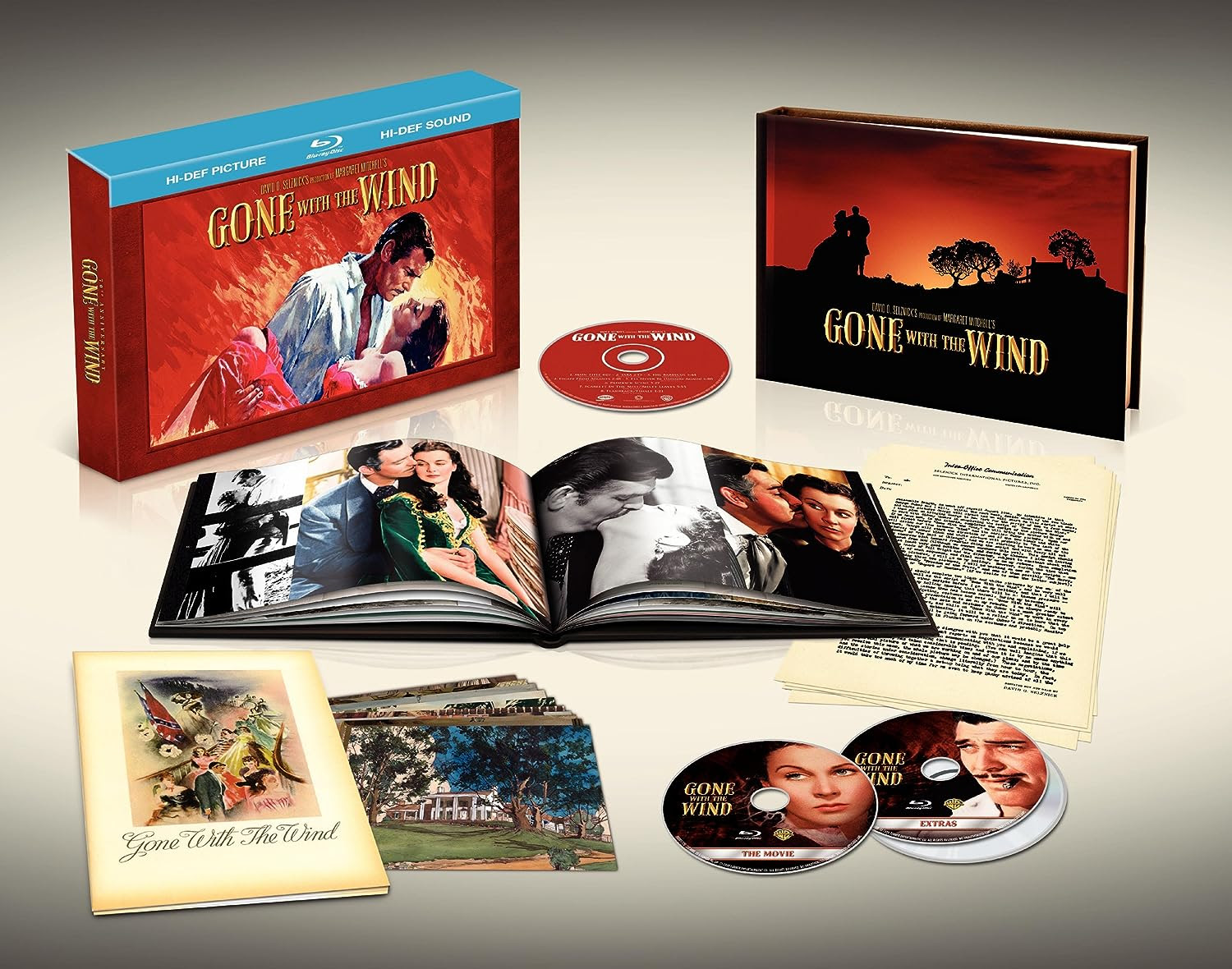 S
ome movies really are not improved by the blu-ray format. Most black and white films, for instance. But then there are the films where watching on blu-ray really changes and enhances thee film so much that I don't think I can ever watch them on DVD again. Gone With the Wind is one such film. It's available in various packages (a deluxe package, the three-dvd "Scarlett" edition which is the one I have, and a bare-bones just the movies version). Whichever version you decide to get, the remastering of the film is nothing short of astonishing. Colors are more vivid than ever, and for the first time you can see the tiny details, like the wrinkles on Vivien Leigh's face or the brocade on the ladies' dresses. The Technicolor print is restored to its full glory. The only negative is that the sound is not as good as it could be.

Is Altynai Asylmuratova not the most beautiful dancer to ever step onstage? Those Asian, exotic features, the huge, dark eyes, the sweet cherry smile is enough to make me have a girl-crush on her. She's one dancer I really wish I had seen live. 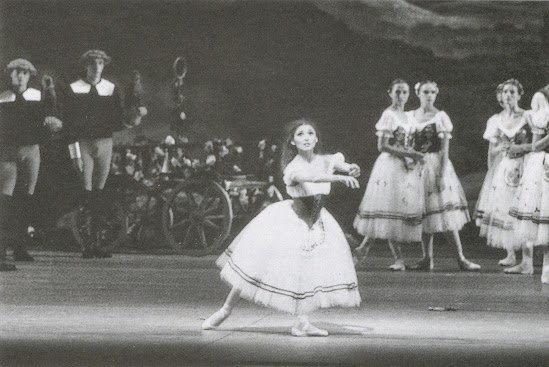 Unfortunately videos of this exquisite dancer are hard to find, even on youtube. So imagine my excitement when I found this (see after the jump): 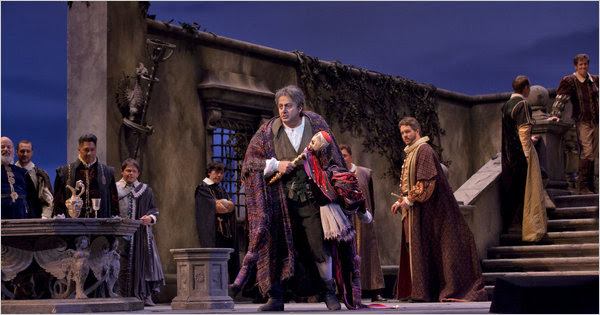 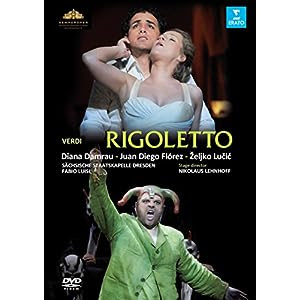 Forgive the pun, but Rigoletto is cursed on video. One of the greatest and most popular operas of all time, with great roles for the baritone, tenor, and soprano, and there's barely any good video of it around. Every video that I've had has disappointed in some way. In recent years the title role has been hogged on video by Carlos Alvarez and Leo Nucci, two perfectly serviceable but unremarkable baritones. Well, the curse is finally broken -- this video from Dresden, filmed in 2008, has strong performances from all the leads, a thoughtful "modern" production, and jumps to the top of the pack as the Rigoletto to get on video. I am excited too because next week I have tickets to see both  Zeljko Lucic and Diana Damrau in Rigoletto. This video whets my appetite. Fabio Luisi's conducting throughout the video is sensitive and atmospheric. 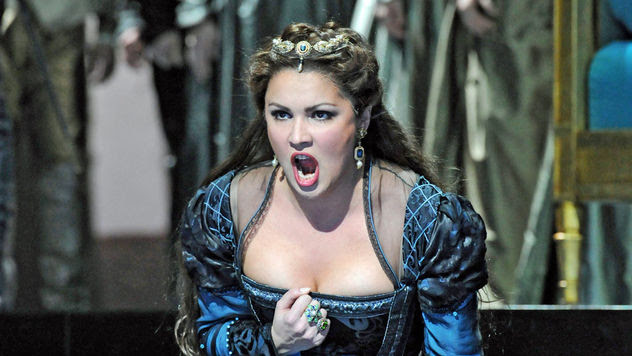 Opera fans have been abuzz with talk of Anna Netrebko's debut in Donizettti's Anna Bolena in Vienna. It was televised yesterday, and sure enough, youtube clips have popped up. Here's an excellent review. 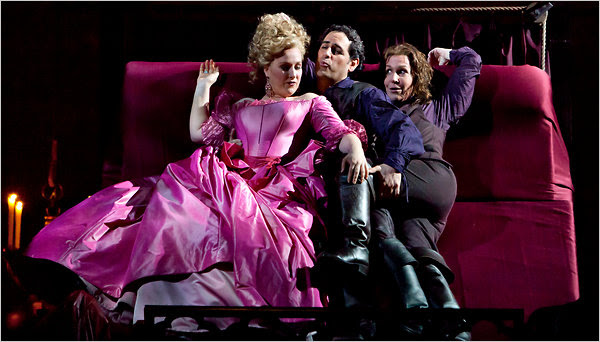 Jacques D'Amboise: I Was a Dancer 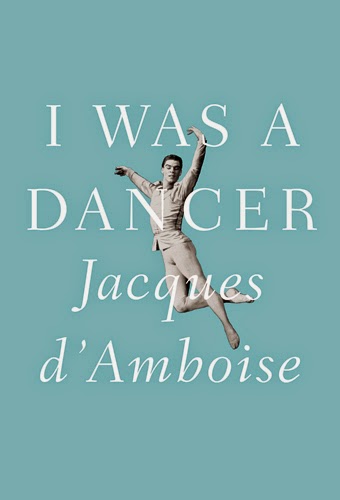 In the ballet world, there now exists a real cottage industry of what I call "Me and Mr. B" memoirs. Many former dancers/lovers/wives of Mr. B have written memoirs where the strong focus of the entire book is "I brushed elbows with a genius. Literally. And this is what it was like." The picture that has emerged from these books is remarkably consistent -- a man who was polite, calm, industrious, and distant, but also capable of surprising passion and even pettiness, especially for his various female "muses." Among these books, Gelsey Kirkland's is the most notorious (and mean-spirited), Allegra Kent's the most well-written and unique, Suzanne Farrell's the most opaque, and Edward Villella's perhaps the most emotionally honest. To this heap of books Jacques d'Amboise has added his own memoirs, entitled I Was a Dancer, and since many of Balanchine's dancers have passed away or are aging, another "me and Mr. B" memoir is always a great Event for balletomanes. What does this dancer have to add?

The difference between d'Amboise and, say, Suzanne Farrell, was d'Amboise's relationship with Balanchine was notably drama-free. In fact, d'Amboise's life (at least in the way he presents it) had little of the melodrama that is part and parcel of dance memoirs. While other "muses" were fighting/sleeping/refusing to sleep/falling in love/falling out of love with Mr. B, Jacques just showed up to work every day for 35 years and watched the drama from the sidelines. The result is a memoir that is sharp, pointed, detached, and perceptive. The negative to this lack of involvement in any of the drama is that the memoir at some points feels a bit impersonal, and at several times d'Amboise seems to have a slight but active contempt for the people he is writing about. Like "look at these crazy kids. So silly."