Is it possible to love a ballet to death? Because every time the ABT trots out Natalia Makarova's La Bayadere, I think the great Russian ballerina adored this ballet so much that she killed it. The La Bayadere that the Mariinsky/Bolshoi/Paris Opera Ballet do is a piece of East-meets-West exotica. Productions call for: a stuffed tiger, an elephant, girls who dance with birds attached to their wrists, kids in blackface (ugh), dancers in "brownface" beating wildly against a drum, and a woman balancing a jug on her head. In between all that schlock there's one of the greatest scenes in classical ballet ever choreographed (the Kingdom of the Shades).

Jewels at the NYCB

It's one of NYCB's quirks of programming that Peter Martins now likes to do excerpts of Jewels (Rubies here, Diamonds there) but hasn't actually put on a full-length Jewels in several years. The last time I saw a full-length Jewels, Wendy Whelan was in Diamonds. God, that seems so long ago.

Jerome Robbins set four ballets to the music of Chopin. Of the four, The Concert was his earliest, and in my opinion, his greatest. It's a comic ballet that parodies, among other things, audience behavior at classical recitals, corps de ballet formations, marriage, 1920's social conventions, fashion, and butterflies. Even if you know where all the jokes are the ballet doesn't lose its freshness. There's none of that portentousness that creeped into later Robbins. It's a delightful piece that also needs real charmers. This afternoon's performance at the New York City Ballet had that in Sterling Hyltin as the ditz, Joaquin de Luz as the husband, and Lydia Wellington as the angry wife.

Ah, spring season of dance in NY. It's a time when people often have to replicate King Solomon and split the baby. "Ok, I'll choose to see NYCB Tuesday and the ABT Wednesday," they say, shedding real tears in the process. First world problems, but it can be painful.

The NYCB often makes these choices even more painful by springing exciting last minute debuts with almost no advance notice. Or they will bring back a ballet into the repertory that's beloved by dance mavens but hardly ever done. Such was the case this week when they presented three different casts of their all-Balanchine program of Raymonda Variations, Steadfast Tin Soldier, Le Tombeau de Couperin, and Symphony in C. I attended the last two casts, the Sunday matinee (5/11) and tonight's performance (5/13).

Today I decided to round out the season by seeing the final La Cenerentola in HD. I had already seen this production twice in the house, but with Javier Camarena as Don Ramiro. The HD performance had Juan Diego Florez. I can't really say who was better, when both are A+ singers. Camarena's voice is bigger, rounder, with a more ringing top, but he doesn't have the extraordinary facility with coloratura that Florez has. Florez's voice can sound slightly hard and nasal when pushed, but he can sing all the 1/64 micro-notes like nothing. 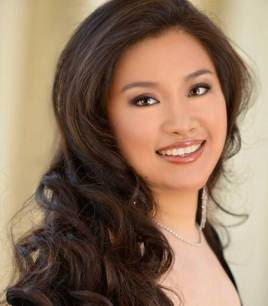 Two years ago I saw this young soprano in Il Trovatore. I thought she was nice, promising, fresh-faced, but still a work in progress. What a joy it was then to see her last night in Cosi fan tutte -- she absolutely lit up the stage. She was exactly the right mix of immature, vain, but adorable as Fiordiligi. Her voice is exactly what Mozart sopranos are supposed to sound like -- creamy and silvery, and her singing has such cleanness. My review of the complete performance is at parterre box.
at May 09, 2014 3 comments: