I don't exactly understand why this is, but it seems as if ballet companies and choreographers delight in presenting us with their "original" takes on Swan Lake or Nutcracker but when it comes to Sleeping Beauty, they become obsessed with authenticity, original notation, and even recreation of vintage sets and costumes. The ABT (and more specifically Alexei Ratmansky) just debuted yet another "new old" Sleeping Beauty with sets and costumes that are supposedly inspired by Léon Bakst's 1921 Ballet Russes production. And yet again, there are assurances that the choreography is carefully reconstructed from notations. 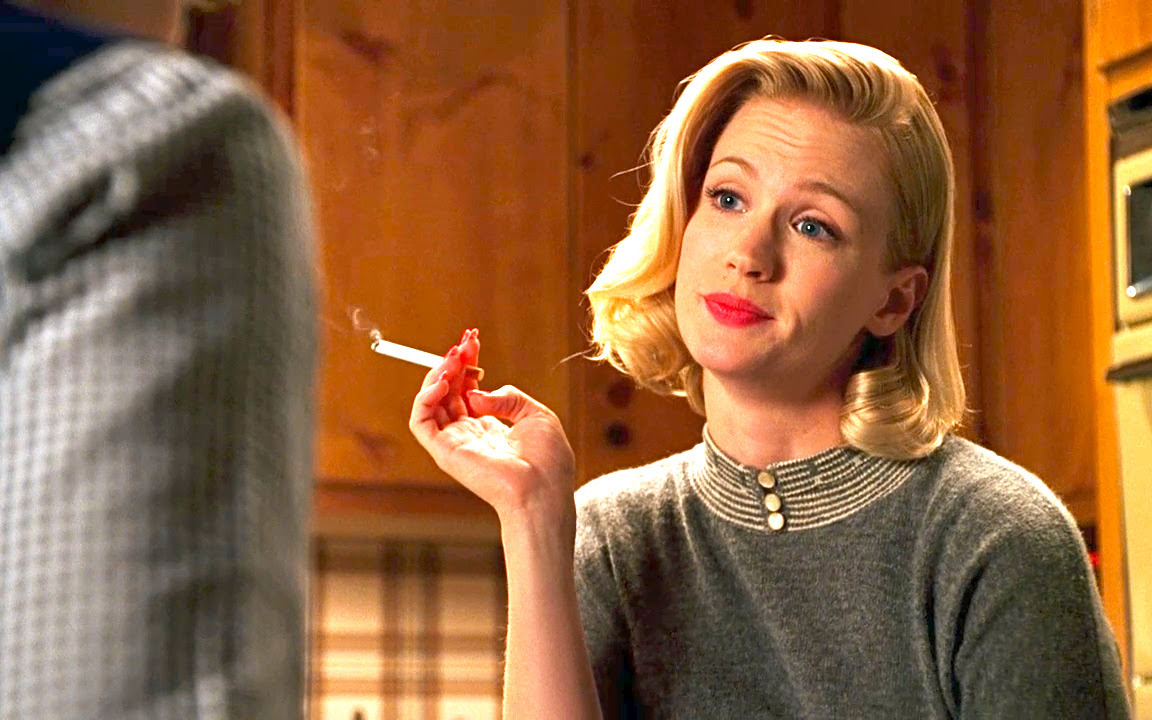 The image I'll take away from last night's Mad Men series finale isn't the Coke commercial that Don apparently dreamed up after he found peace in a California commune. It isn't Joan kicking ass and starting her own company and also getting rid of that rich retired guy (although that was wonderful). It isn't Stan and Peggy getting together (although that was nice too).

I think the most remarkable scene last night was the final one with Betty and Sally. Sally is in the kitchen, cooking dinner for the family, and Betty, dying of terminal lung cancer, is grimly smoking a cigarette. Her back is turned towards Sally.

I loved that moment because Mad Men refused to do to Betty what it often does to beloved characters on a long-running series finale: go soft on them. This was shown to an absurd degree on the otherwise amazing Breaking Bad series: by the closing shot Walter White was practically a hero, and he died in his meth lab, ecstatic and at peace. But the final shot of Betty personified what the character has been for seven seasons: cold, closed off, unable to show affection to her kids, the ever-present cigarette a symbol of her own self-absorption.

There were a million reasons to feel sorry for Betty. Her husband Don was a monster. A very tortured, human monster, but a monster nonetheless. We knew her backstory -- modeling was her dream, before she gave it up for the 2.5 kids and the rich husband. She was deeply lonely and unhappy. It would have been easy to make Betty the poor, put-upon wife.

Instead January Jones and the Mad Men writers made Betty one of the most interesting characters of the show, a character who resisted easy sympathy at every moment. Betty wasn't warm. She wasn't affectionate. She was in her own way as self-absorbed as Don. And she had a mean streak a mile wide. Who can remember her screaming to Sally "You broke MY nose!" Or her disastrous attempt to chaperone a field trip which ended with her screaming at Bobby for doing the nice thing and giving a hungry girl food.

When Betty was diagnosed with lung cancer, I thought, oh man, they're going to finally make Betty sympathetic. She's going to show affection to Sally for the first time. She's going to make peace with Don. It will be Saint Betty. But that's not what they did at all. Betty's last conversation with Don was tense and strained, with her telling him he wouldn't get custody of the kids and then taunting, "You can see them on the weekends. Oh wait. When was the last time you saw them?"

And Sally came home from boarding school and decided to take care of the family even more than she's always taken care of her very damaged parents. But Betty seems oblivious to the sacrifice, to Sally's pain. So the last shot of Sally sadly cooking for the family, and Betty smoking a cigarette in the kitchen was just so appropriate. It was cold. It was selfish. It was Betty.

Bye bye Birdie, and goodbye to Mad Men, a show that for seven seasons made us care about monsters. 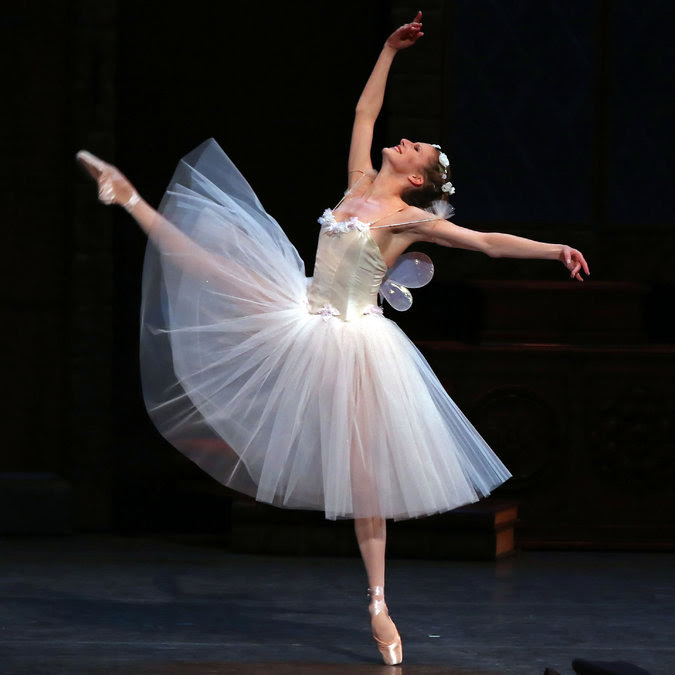 I've now sat through three completely different casts of the NYCB's Bournonville program. It is strange how, as a rule, the Bournonville style manages to completely defeat many of NYCB's most excellent technicians, whereas some of their less experienced corps de ballet members have taken to the Danish master like ducks to a pond. I thought of why this might be so. I have a few theories, and the one I'm most fond of is the idea that many principal dancers and strong technicians are so confident in their abilities that they overlook the key to Bournonville style: modesty. It's hard for them not to snap their arms out to show off a spectacular jump, or to keep their arabesques beneath 90 degrees. 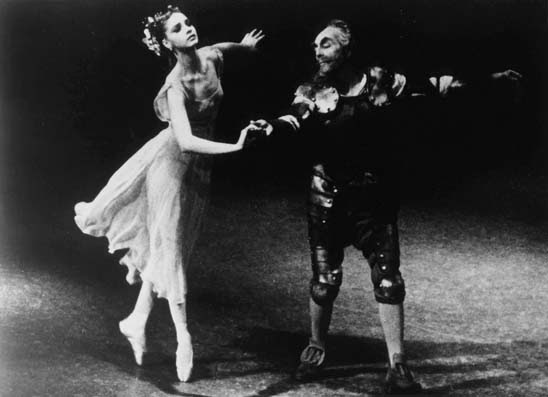 There was a moment in tonight's 2 hour talk with Suzanne Farrell at the New York Public Library where Suzanne was laughing, the audience was laughing, and the ice finally seemed broken. Suzanne was recounting how Mr. B taught them to dance, and she quoted him as saying, "You know, you're not only dancing for your mother." It was a fun, witty remark from the always-witty Mr. B. The audience (packed full of veteran dance enthusiasts and current dancers like Gillian Murphy) loved it.

I wish their had been more moments like that in what was otherwise a painfully awkward, unilluminating two hours. For one, the interviewer, Paul Holdengräber, had absolutely no rapport with Suzanne and seemed stuck to his cue cards all night. His interviewing style takes much like James Lipton of The Actors' Studio -- very starchy, dry, pretentious.

Un Ballo in Maschera - Saving the Best for Last 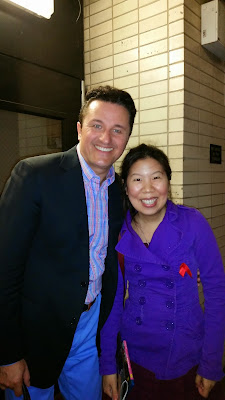 I'm looking over all my Met programs this season and I attended Macbeth (twice), Le Nozze di Figaro, La Boheme (three times!!!), Traviata (twice), Death of Klinghoffer, Aida, Lady Macbeth of Mtsensk, Les Contes d'Hoffman, Iolanta/Bluebeard, Carmen, La Donna del Lago, as well as the Grand Finals of the Met National Council Auditions and a recital by Rene Pape. You might notice something though: all of those performances happened before March. That was when a real job (and a 5:00 wakeup time) kicked in. But today was the last day of the season and I was determined to see Piotr Beczala sing Un Ballo in Maschera.

Spring Gala at the NYCB: The New Yorkers Become the Danes

I usually despise the gala crowds. The cameras flashing, the women teetering in 6 inch heels (sometimes you can actually see the blood from their blisters), the listless, overfunded audience. This year was in fact the first spring gala I'd attended since, well, forever. And sure enough, the VIP's were there, the women in their back-breaking heels and the men drinking joylessly at the bar. But the reason I attended was because the ballet the NYCB was presenting was for once a true event: the NYCB premiere of August Bournonville's deathless masterpiece La Sylphide. The true balletomanes (squeezed for the most part into the third and fourth rings) discussed such important matters as: would the NYCB dancers erase memories of the Royal Danes? Could they master the endless series of beats and direction changing jumps? How much of the mime would be preserved? Do the men look good in kilts? And how adorable is Sterling Hyltin?

NYCB's New Apollo: Back to the Future 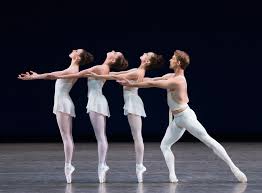 George Balanchine never stopped complaining about the atrocious conditions for the premiere of his first masterpiece, Apollo. Apollo was danced by Serge Lifar, a dancer Balanchine disliked both artistically and personally. But he had to be cast as he was Serge Diaghilev's lover. Balanchine's Terpischore, Alexandra Danilova, was shelved in favor of Alice Nikitina, due to Nikitina having been the mistress of a wealthy sponsor. Balanchine later would remark "If we were to go back to the premiere of Apollo everyone would be laughing his head off."