Showing posts from June, 2019
Show all

ABT Says Farewell to Roberto Bolle 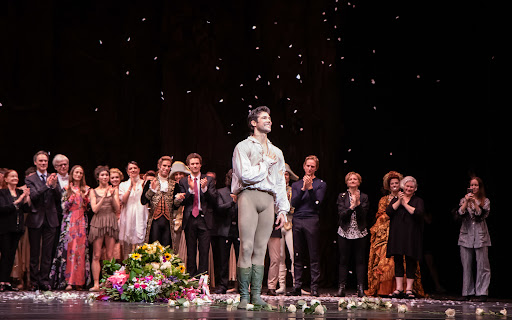 Bolle's curtain call, photo @Kent G. Becker ABT's spring season is now officially into warhorse territory. Last week we had Le Corsaire , which I reviewed for bachtrack . (In a sign of the times Le Corsaire now comes with a disclaimer in the program.)  I was lucky enough to see Daniil Simkin's Ali before he got injured. Last night ABT said farewell to longtime danseur noble and uber-hunk Roberto Bolle. The ballet: Kenneth MacMillan's L'Histoire de   Manon , which is actually the first ballet I ever saw Bolle dance (he was partnering Alessandra Ferri in her first "farewell").
2 comments
Read more

To Kill a Mockingbird; ABT's Spring Season Chugs On 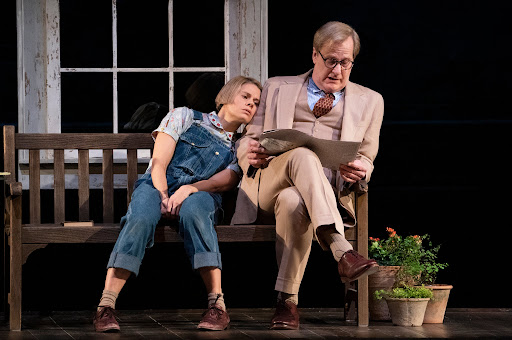 Father and daughter in To Kill a Mockingbird, photo @ Sara Krulwich I'm always skeptical when one of my favorite novels gets adapted into a play. To me novels are internal and plays are external, and when novels are adapted into plays they lose their inner voice. And so it was when I heard that Aaron Sorkin was adapting Harper Lee's To Kill a Mockingbird into a play. I loved the 1962 film adaptation, but that film had the close cooperation of Harper Lee. Harper Lee's estate actually sued Aaron Sorkin  before a private settlement was reached, allegedly because Lee's estate felt that Sorkin had taken too many liberties with the novel. It was only the raves of friends and the week-after-week sell-out crowds that made me buy a ticket.
1 comment
Read more

Ratmansky's The Seasons' final tableau, photo @ Rosalie O'Connor ABT continued its Ratmansky Ballet Theater season with a triple bill: the pretty but somewhat bland Songs of Buklovina , the pseudo-dram-ballet On the Dnieper , and his new work The Seasons . I reviewed the program for bachtrack here . Everyone loved The Seasons -- I'm not there yet. To me it lacks the tight organization that is a hallmark of classical ballet. As I said on bachtrack: The Seasons  is overstuffed, uneven and way too busy. There are so many steps, but they rarely made me "see the music". It's also confusing; one had to keep glancing down at the program notes to keep track of who was supposed to be representing what. It was a frustrating ballet, with so many lovely moments that were less than the sum of its parts.
2 comments
Read more
More posts