Showing posts from January, 2013
Show all

More Tchaikovsky at the NYCB

The two-week non-stop Tchaikovsky Festival at the NYCB came to a close today with a rather eclectic program of Le Baiser de la Fee (Stravinsky's orchestrations of some of Tchaikovsky's melodies, including "None But the Lonely Heart,"), Tchaikovsky Pas de Deux , Peter Martins' Bal de Couture , and Diamonds . The afternoon ended on a disturbing note as the scherzo section of Diamonds was omitted and Sara Mearns tweeted immediately after the performance that she had injured herself and apologized. Get well Sara!
Post a Comment
Read more 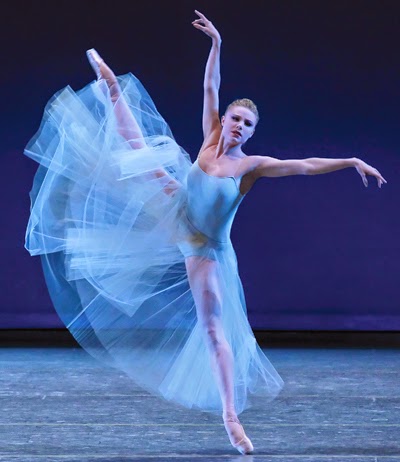 Ah, so wonderful to see the NYCB's Winter Season again! I always itch for the Winter Season to start after months of nothing but the Nutcracker. It started on Tuesday but tonight was my first chance to go and all I can say is ... Welcome back Sara! Mearns has been sidelined with an injury for about 8 months, and to see her back in business was such a joy. Actually the whole program was a joy -- three Balanchine/Tchaikovsky masterpieces, all strongly cast. Bravo to the NYCB!
2 comments
Read more

- January 07, 2013
Ugh, December was not a good month. Had to cancel several plans. But I'm back in business and yesterday I went to the OONY's Andrea Chenier. My review can be found  here  at parterrebox.
Post a Comment
Read more
More posts