Showing posts from September, 2015
Show all

Returns and Debuts at the Met Opening Week: Il Trovatore and Anna Bolena 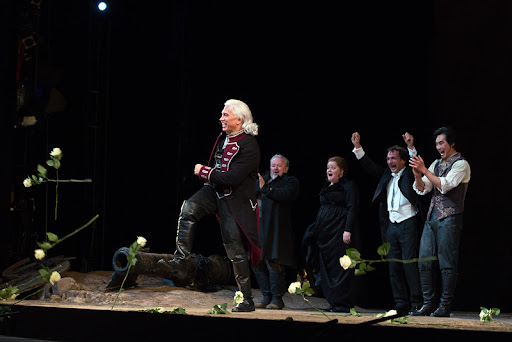 Dima, photo by Marty Sohl The Met 2015-16 season might have opened with a new production of Otello but the first performance of Il Trovatore was by far the most emotional, exciting start to the season. Baritone Dmitri Hvorostovsky announced in the beginning of the summer that he was diagnosed with a brain tumor. He has returned to the Met as di Luna for three performances in the fall before he'd resume his treatments.
4 comments
Read more
More posts