Showing posts from February, 2014
Show all

I attended the premiere of the Met's new production of Werther . My review can be found  at parterre box.  A preview: " Life is not fair. There are rules that apply to  Jonas Kaufmann , and rules that apply to everyone else. I can’t think of a singer who does less to curry favor with the audience than Kaufmann. Mere mortals will smile eagerly, wanting, needing that adoration. God Jonas is Just Too Cool for Any of That. A few minutes into the first act, he wanders onstage. Disposition: sulky. Appearance: disheveled. Attire: floor length trenchcoat. He gazes at the audience for a moment, eyes filled with weary contempt. In the row behind me, three girls gasp “Oh. My. God,” and the audience follows suit by applauding deliriously." Read more at parterre!
Post a Comment
Read more

Coppelia, and "Everything is Awesome" 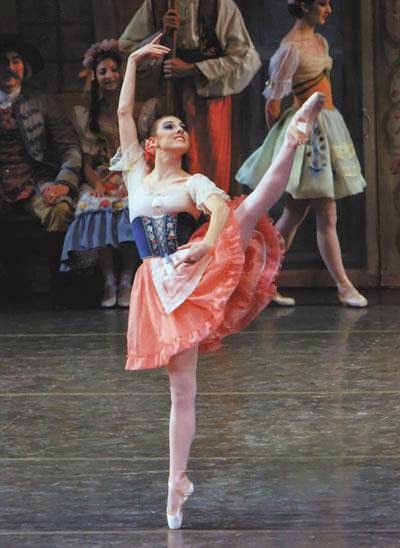 I went to the matinee performance of Coppelia today at the NYCB and Tiler Peck was, as expected, amazing as Swanilda. Balanchine and Alexandra Danilova (herself a great   Swanilda) carefully reconstructed from memory the Leon/Petipa choreography. As a result, NYCB's  Coppelia might always surprises me in how closely it adheres to other standard productions of Coppelia . The traditional mime and storytelling have been lovingly preserved. Even Balanchine's "reworked" third act is remarkably similar to the Bolshoi's recent reconstruction of Coppelia -- the pas de deux even ends with the same leaping fishdive. So if you expect edgy, experimental choreography, Coppelia is not for you -- it has the cuteness of every other Coppelia .
Post a Comment
Read more
More posts