Showing posts from April, 2015
Show all

There's something to be said for a musical that doesn't attempt to be anything more than a rollicking good time. Something Rotten! , which just opened at St. James Theatre after a month of ecstatic word-of-mouth previews, makes its intentions clear from the very first number, a catchy but shamelessly brassy tune called "Welcome to the Renaissance." It's belted out by Michael James Scott and he's soon joined by a cartoonish collection of Renaissance sights and sounds. It's high-energy, lowbrow fun.
Post a Comment
Read more

On the Town: Best in Show

This is going to seem like a PSA rather than a review but: run, don't walk to see the wonderful revival of On the Town that's currently playing at the Lyric Theatre. The show is so funny, so sharp, so well-directed and well-acted, that there was literally not a moment of down-time. On the Town was composed more than 70 years ago, and you'd think parts of the show would seem dated. Not so. Betty Comden and Adolph Green's superb book and lyrics are funny, sharp, but also capture the loneliness of the New York metropolis. Leonard Bernstein's score would later be eclipsed by West Side Story in fame but for On the Town he wrote a helluva score. There's something to please everyone: jaunty production numbers ("New York, New York"), pretty ballads ("Lonely Town"), and character-driven songs ("I Understand").
7 comments
Read more

The King and I 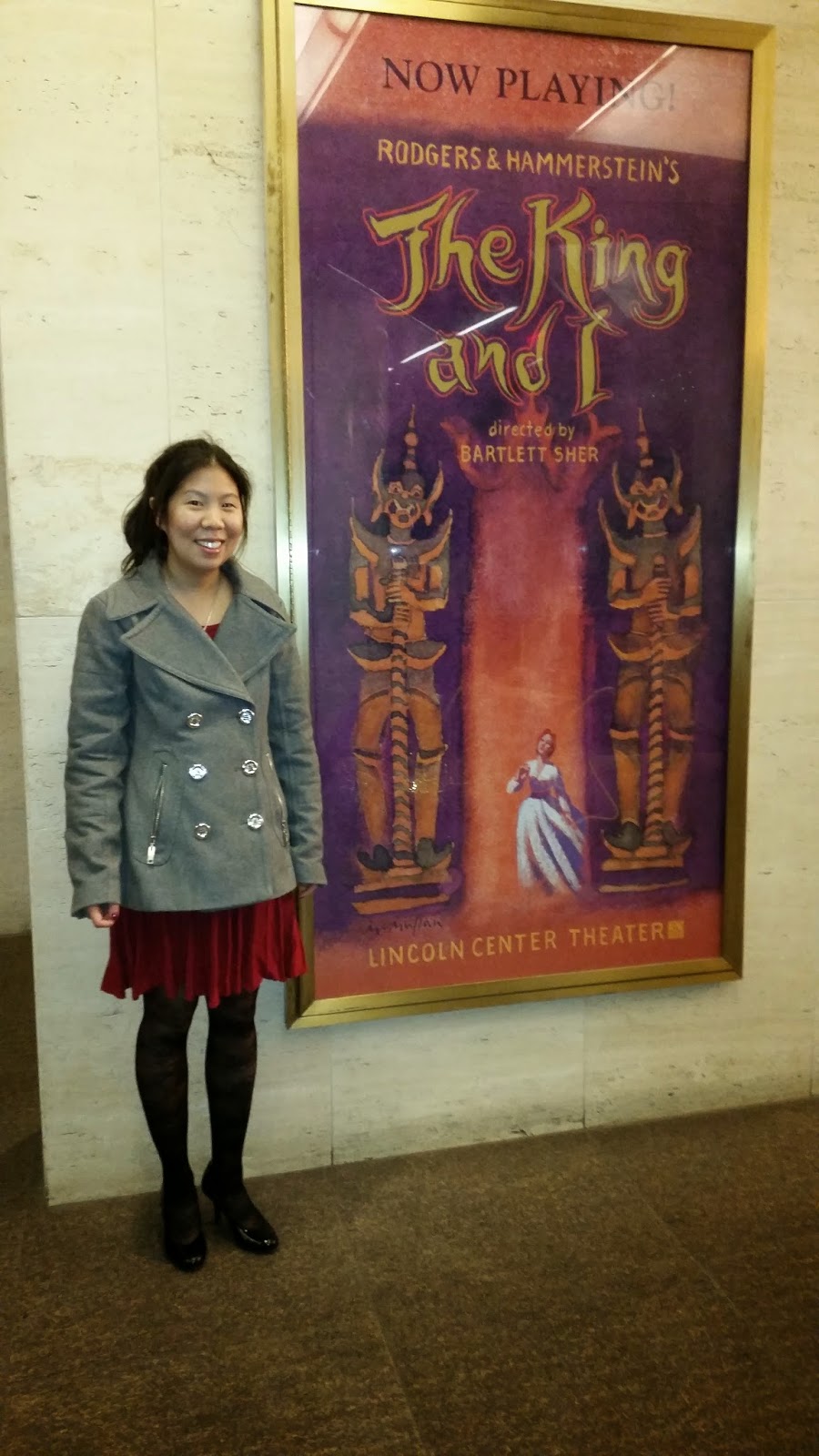 The King and I production that's in previews at the Vivian Beaumont Theater on Broadway is perhaps indicative of how many shows are nowadays: polished, professional, aesthetically pleasing. Bartlett Sher's revival does nothing radical with the classic Rodgers and Hammerstein musical. The iconic bits, like the long Jerome Robbins' ballet "Small House of Uncle Thomas" or the march of the King's children are lovingly recreated. Sets by Michael Yeargan and costumes by Catherine Zuber aren't really spectacular but they follow the outlines of, well, what you'd expect to see in a The King and I production. Zuber has gone to great lengths to recreate Deborah Kerr's enormous hoop skirts. This is in many ways a good thing. The American in Paris  attempted to do too much and the results were (in my opinion) tedious and pretentious. The King and I is a perfect evening for those who loved the original musical or the classic film adaptation. You'll lau
1 comment
Read more
More posts