- November 08, 2021
Last week for whatever reason, I attended three stimulating performances around town, and all were unplanned, on-the-fly things. A friend invited me to Ruben Santiago's one-man play Lackawanna Blues. I picked up a cheap ticket to Trouble in Mind on TDF. And then on Sunday I picked up a $25 rush ticket to Die Meistersinger. All ended up being great experiences.

Die Meistersinger has a mostly excellent cast -- standouts are Michael Volle as Sachs and Martin Kränzle as Beckmesser were in particular a delightful pair. They had great chemistry and played off the other beautifully. As a result, there was actually plenty of laughter in the six-hour opera. I also enjoyed Georg Zeppenfeld as Pogner and Paul Appleby as David, my favorite character in the entire opera.

Lise Davidsen had too much voice for Eva. Eva isn't a big role, and Davidsen's voice is so large and expansive that it overwhelms the kind of coquettish dialogue that Wagner writes for the heroine. Her voice also tends to bloom on top, but most of Eva's music is very central. It was only when Davidsen could really sing out in "O Sachs! Mein freund!" and the Act 3 quartet that her voice made its full impact. Still, what a voice! I can't wait to hear her in meatier roles. And she's a surprisingly good actress. She towered over everyone else in the cast but somehow made us believe she was really an immature, sheltered village girl.

Klaus Florian Vogt's voice is one of those things you either love or don't -- his light, airy, boy soprano sound is not for everyone. I thought he did very well until Act Three when he sings various iterations of the Prize Song. He seemed to push for volume, and that pure sound curdled and the pitch sagged. On the plus side he is a good actor, looks the part of Walther, and has a youthful rather than heroic sound.

Antonio Pappano led a sprightly rendition of the score. As a result, the afternoon bubbled along, and the six hours flew by. The final act has so much joy (complete with a happy polka!) that by the final curtain I don't think anyone in the auditorium wasn't smiling ear to ear. My big worries (spending that long duration in a mask, the marathon run-time) ended up not mattering because of the quality of the performance. 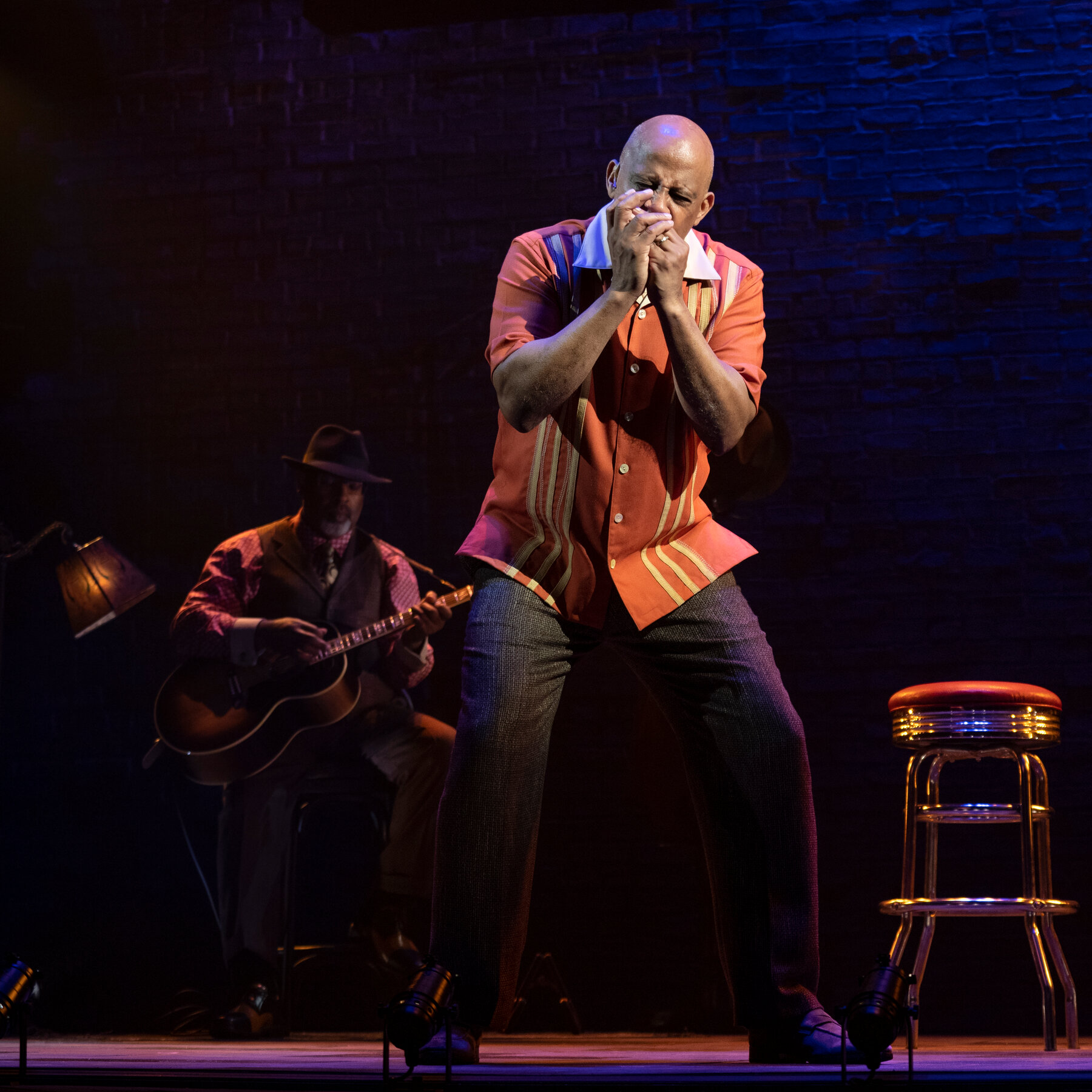 Just as Hans Sachs acts like a father figure to the various characters of Die Meistersinger, Ruben Santiago's Lackawanna Blues is a long tribute to a woman who acted both as his surrogate mother and as a mother figure to an entire black community in upstate NY. Rachel "Nanny" Crosby was the owner of a boardinghouse that took in drug addicts, drifters, vagrants, the mentally ill, women fleeing from abusive marriages, and various stray animals including a pet raccoon. The whole play is a long love letter to "Nanny," who cared for Santiago when he was little and his parents could not provide for him.

Santiago says Nanny acted like "the government, if it really worked." She provided food ("Everything" Soup and corn bread), shelter, support, safety, The play is constructed as a memory play and somewhere along the line one wonders how much poetic license Santiago took in his remembrances of the sundry characters Nanny cared for at the boarding house. It barely matters though -- Santiago is such a gifted story-teller and so vivid with words and descriptions that the play just works. Trouble in Mind is in previews at the American Airlines Theater right now. Alice Childress's 1955 play is just now making its Broadway debut, although it's a well-known play that has had many regional productions.

The acting is uniformly excellent -- LaChanze is prickly and proud as Wiletta, Jessica Frances Dukes steals the show as Millie. Chuck Cooper was wonderfully blase as Sheldon. The only actor that didn't quite convince was Michael Zegen as Director Manners. Manners is written as a big shot director who can make or break careers. Think Arthur Laurents or Hal Prince. Zegen plays him more as a nervous, wiry assistant stage director rather than the abusive show-biz Svengali.

So how is the play? It was surprisingly funny and timely. There are serious moments but it's also a humorous look at a bunch of actors trying to motivate themselves to act in what they know is a bad play, and a director unsuccessfully trying to sell fool's gold as the real thing. Even the young ingenue Judy ends up complaining that her lines are "so smug." The actors' snarky commentary on a line-reading contrasts with their flowery praise of the play whenever the director is present. 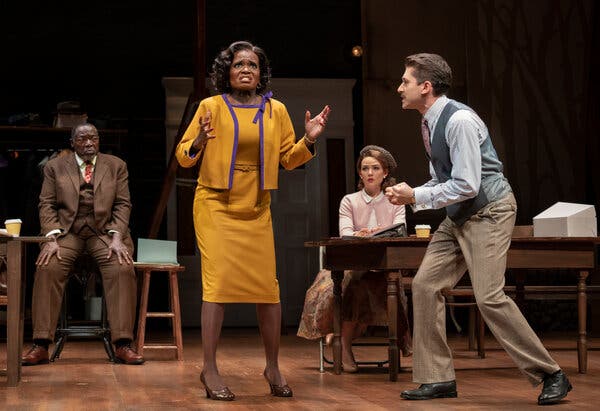 Surprisingly, it's the material about race that is the least convincing. Childress's writing becomes stilted and speechy -- she tells instead of shows, whereas in the other themes of the play she shows instead of tells. A monologue about a lynching actually did not have the desired result because the moment didn't seem an organic part of the drama.
The final confrontation between Wiletta and the director Manners (Michael Zegen) also didn't exactly have the weight I think Childress was aiming for. For one, Wiletta's belligerence (while principled and not incorrect) is inconsistent with the woman who earlier was dying to make her Broadway debut. And why was she so angry at Manners, who is just tasked with directing the bad play? Her insistence on changing the play's ending seemed like a strange hill to die on. And a few things are dated -- Manners' insistence on a sort of Method acting (all lines have to be "justified") is a very 1950s thing.

So it's a flawed work, and maybe those flaws are what prevented it from originally transferring to Broadway in 1957. But there's a lot to digest, and much of it is written in a sharp, funny way. If you enjoy "meta" plays about actors putting on a play, or if you are curious about Childress's writing, this producton is excellent.