On February 19, the crowd at NYCB was overwhelming -- every seat was taken up to the Fifth Ring The reason, surprisingly, was not because it was the farewell of one of NYCB's finest ballerinas. A large portion of the crowd seemed only to want to see Swan Lake. Another portion bought tickets for Amar Ramasar -- when he came onstage in Serenade there were large cheers. When the curtain came down on Swan Lake, I was shocked to see how many people got up and left. They had no idea that they saw the farewell of a veteran principal. 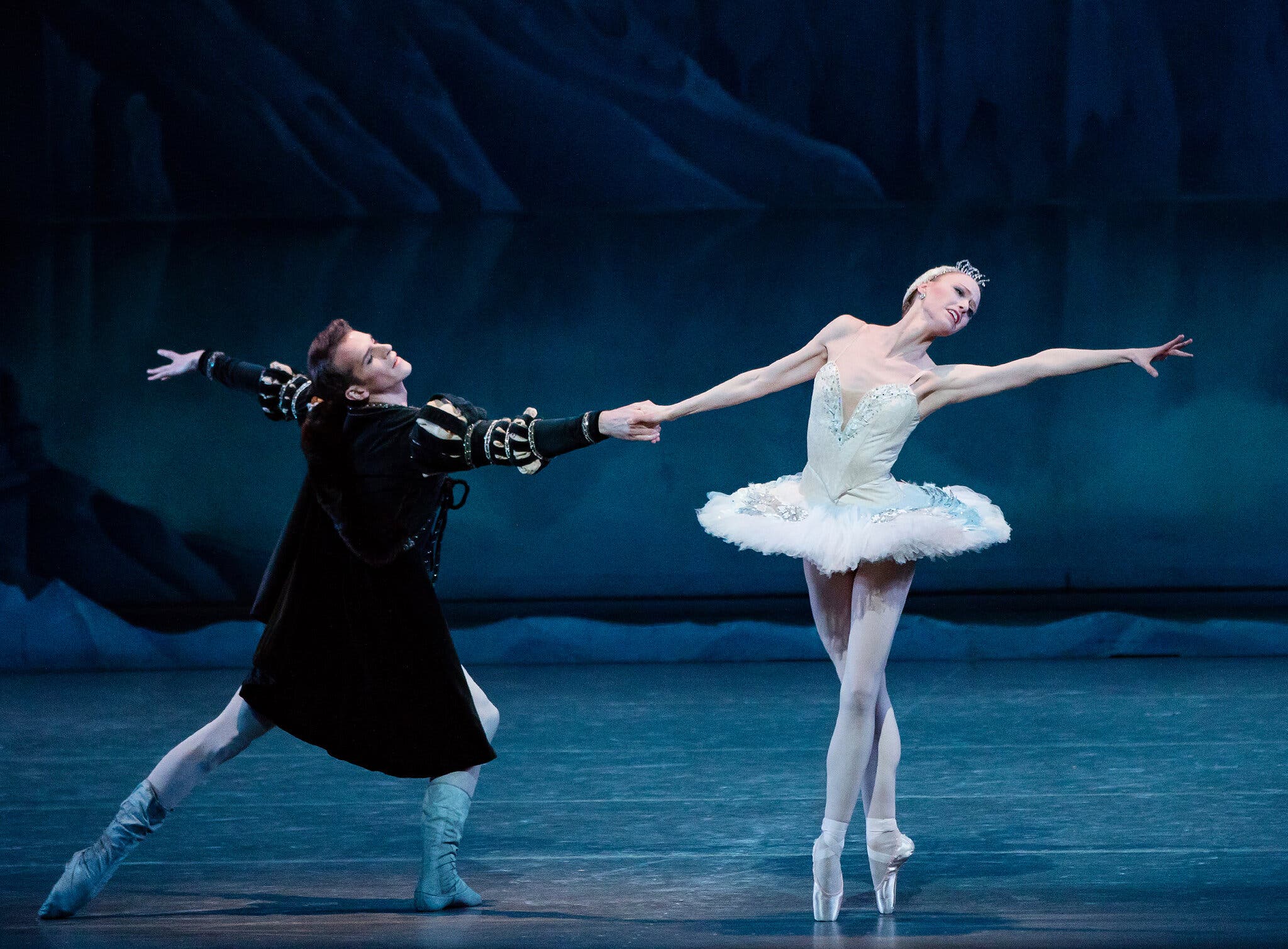 In a way, it was fitting that Tess Reichlen retired without much fanfare -- she never was a dancer who chased fame or stardom. Her Instagram had no plugs for leotards or zoom ballet master classes. It was pictures of her family, her dog, promoting causes she cared about like performers' union rights, marriage equality, Dance Against Cancer. Even at the final bows, she requested that dancers not present her with bouquets, but rather single roses. This quote from the NYTimes is worth quoting, because I think it says so much about her as a person:

He added, “She’s pretty popular. I imagine a bunch of dancers are going to want to do it.”

Sure enough, at the end of the evening, a bunch of corps members ran onstage to give her a hug. They were all wearing "Tess is More" t-shirts. Some orchestra members also went onstage to give her a rose. Tess is that pretty, popular girl in high school who didn't act like she was pretty and popular. As for me, I followed Tess's career since my very first trips to NYCB maybe 18 years ago. I remember it well -- the ballet was Jewels, and the performance was a trainwreck. I decided then and there that NYCB wasn't as great as ABT, and Balanchine wasn't as enjoyable as Giselle or Don Quixote. Despite the rough performance, this towering blond goddess rocked it as the Rubies tall girl. Her name was Teresa Reichlen.

In those days, she practically owned the role of the Rubies tall girl. And I thought that was just the way the role was danced -- with her sassy high kicks, deep squats, and sustained, unsupported arabesque pencheés. I didn't realize that no one danced the Tall Girl role like her -- I have seen a bunch of tall girls since she finally retired the role. No one even comes close to her mastery of the part. In 2017, at the big Bolshoi/NYCB/Paris Opera Ballet Superjewels festival, she danced Tall Girl one last time. I remember the audience was so raucous she even got a solo bow.

Over the years, of course I became a devotee of NYCB, and I saw Tess in nearly everything she did. There are dancers I admire, and dancers I love. I admire a long list of dancers, but love very few. Tess was one of the dancers I loved unconditionally. I saw her in nearly every role she did. I can't count how many times I exchanged tickets so I could see her. She was my favorite Siren (Prodigal Son), Diamonds, Rubies Tall Girl, ballerina in Piano Concerto #2, Firebird, Movements/Monumentum, ballerina in the Adagio of Symphony in C, Choleric in Four Temperaments, the list goes on. 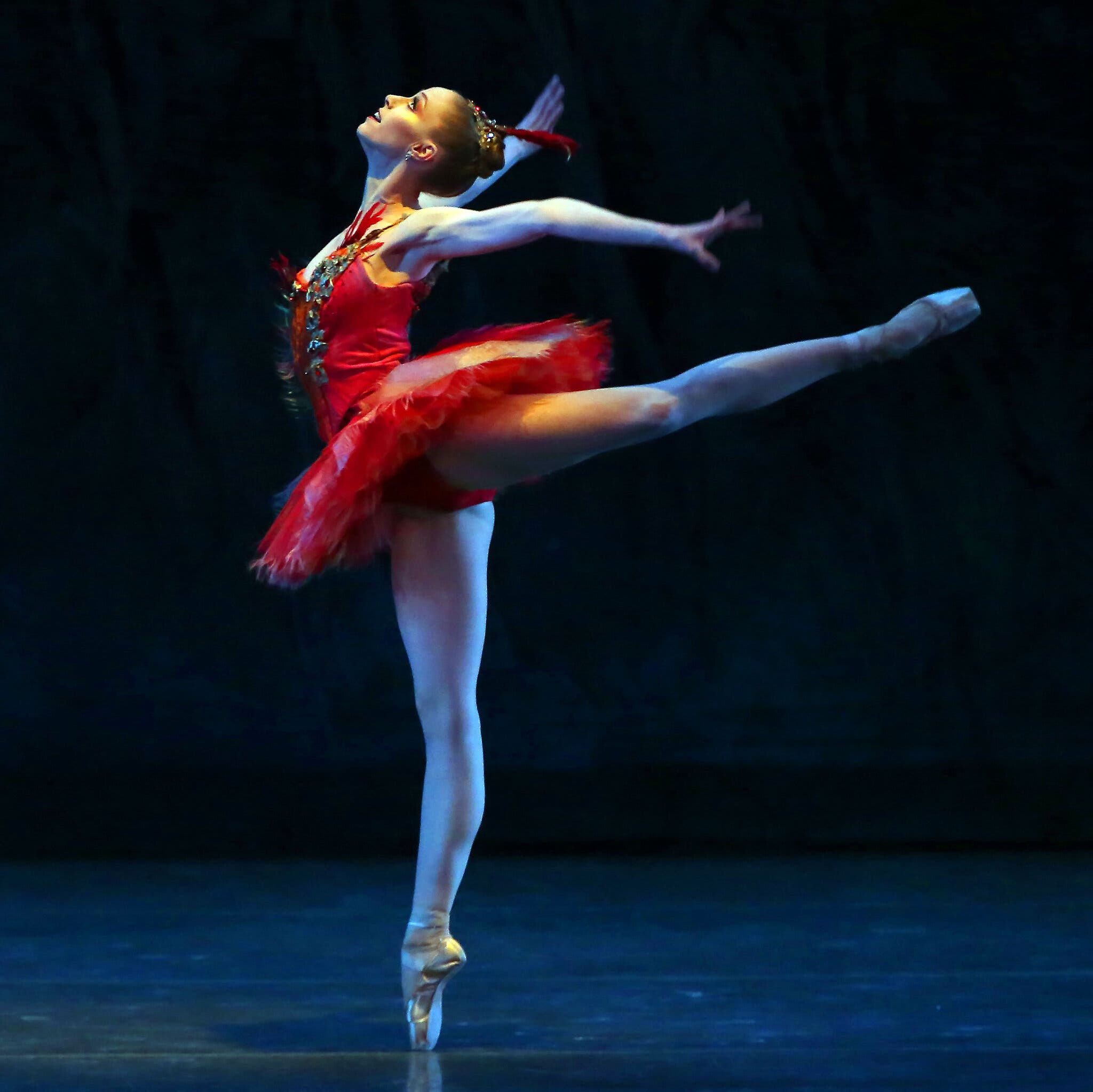 Of course part of the reason I liked her was her looks -- with her blond hair, regal bearing and long legs, she really did look like a Hitchcock heroine. But there's plenty of beauties at the ballet. I admired the purity of her line (her arabesque was always a straight leg marvel), her mix of strength and refinement, the fact that she was a tall ballerina who didn't dance like a tall ballerina. Her jump was surprisingly buoyant, her footwork fast and fleet. In her farewell Swan Lake, she executed a series of fast entrechats in the coda that would have made any ballerina envious.
I also loved the austerity of her dancing. She did not inject grand diva mannerisms, despite dancing some of NYCB's plum Grand Diva roles. Her Diamonds, Firebird, ballerina in Piano Concerto #2, Cortège Hongrois, all were danced with a cool, unadorned style.

I knew she wasn't perfect. She struggled on occasion with balances. For instance, in the adagio in Symphony in C, she often wobbled a bit in that big developpé balance. Sometimes, she took a spill before the dancing even began -- I remember a Kammermusik No. 2 where she started the evening off by tripping onstage. But it was her reaction that was endearing -- she shrugged and chuckled visibly. Some roles were not her thing -- the raw, hair-shaking theatrics of Walpurgisnacht eluded her.

One of Tess's finest moments was not dance-related. After NYCB's photo-sharing scandal. It was a media circus, and it seemed as if NYCB might be canceled by cancel culture. At the fall gala, a woman so shy that during her farewell she actually seemed afraid to look at the audience, spoke for the entire company.

We strongly believe that a culture of equal respect for all can exist in our industry. We hold one another to the highest standards and push one another while still showing compassion and support.

We will not put art before common decency or allow talent to sway our moral compass. NYCB dancers are standard bearers on the stage and we strive to carry that quality, purity and passion in all aspects of our lives.

We want to be role models and create an inspiring environment in which future generations of girls and boys will have access to both the joys and responsibilities that we have as dancers of NYCB.

Each of us standing here tonight is inspired by the values essential to our art form: dignity, integrity, and honor.

Her words had the effect of the Lilac Fairy's spell (another one of her best roles). She quieted the angry mob, and assured doubters that NYCB was an organization of integrity. This kind of plain-spoken decency can't be easily replaced. When the curtain finally fell on Swan Lake, I wiped away tears. It wasn't just that she was still dancing so well, it was that her gifts are irreplaceable. Somehow, a 22-year career felt abridged -- she could have danced for more years. The Queen of NYCB had left the building.

Gonzalo Garcia also retired today after a 24-year career. The last fifteen were spent at NYCB. Gonzalo is another star who doesn't act like a star. His dancing was always tasteful and understated. He could soar high in roles like Rubies, but his soft landings and gracious manner were what was most impressive. There was no ego to his dancing.

Garcia was an incredibly consistent dancer. Other dancers had more flash and brilliance, but very few dancers could say that at 42 their dancing had deteriorated very little from when they were 32. I saw his very last Rubies a few weeks ago, and his manège of corkscrew turns was as strong as it was ten years ago. Before the pandemic hit, he was still dancing the difficult role of Theme and Variations with little strain. 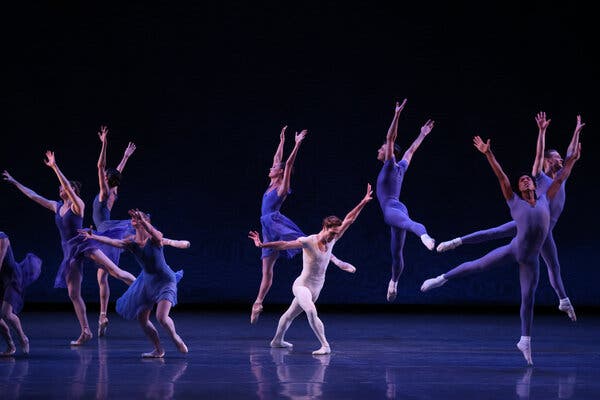 At his retirement performance, he danced Opus 19/The Dreamer and Prodigal Son with the same mastery of technique he'd displayed throughout his career. I once saw a hint of how he could maintain such a high standard throughout his career. It was an invited dress rehearsal. Garcia's series of pirouettes had a slightly biffed finish. A cloud passed over his normally sunny face. For the rest of the rehearsal he was at the side of the stage, tirelessly practicing his pirouettes as the rehearsal continued. He was clearly a perfectionist.

I went to a bunch of performances this season, and the company is in good shape. Mira Nadon and Emily Kikta are already taking the Tess roles like Choleric in Four Temperaments and Rubies Tall Girl with aplomb, and Roman Mejia is taking over the Garcia rep (Rubies, Tchaikovsky Pas de Deux) with dazzle and daring. At the end of the season Jovani Furlan, Harrison Ball and Peter Walker were promoted to principal. There are lots of wonderful dancers to follow.

Here is my video of Tess's curtain call: