- March 05, 2022
The Met took a month-long hiatus in the dead of winter, and returned last week. During the hiatus, the world sort of went to hell in a handbasket. Worried about omicron? That was so one month ago. The worry is now about things like a possible nuclear war.

One of the musical casualties of Vladimir Putin's cruel, power-grabbing war is that the Met severed relations with superdiva Anna Netrebko. Peter Gelb asked for artists to denounce Putin, and when Netrebko (who had announced her support for Putin in the past) did not satisfy Gelb's demand, she was fired. So ended a remarkably fruitful collaboration between the Met's GM and the Russian diva. Gelb's statement: "It is a great artistic loss for the Met and for opera. Anna is one of the greatest singers in Met history, but with Putin killing innocent victims in Ukraine there was no way forward.”

Well, one door closes and new windows open. The Met's revival of Ariadne auf Naxos offered the strong possibility that Lise Davidsen would be the Met's new superdiva. The Norwegian soprano has had previous Met engagements in Queen of Spades and Die Meistersinger, but both operas were awkward fits for Davidsen. Not Ariadne. The role fit her like a glove. This Ariadne revival is a must-see.

Richard Strauss loved the sound of the female soprano. He wanted the voices to shimmer and soar above the orchestra. The issue is very few sopranos can actually pull off the soundscape Strauss was aiming for. Davidsen can. Her voice is is extremely large, with a gleaming top and warm lower register. She can flood the house with waves of sound that  pin you to the back of your seat."Es gibt ein Reich" was terrific -- not only beautiful sounding, but with real prima donna authority. She really glowed in the final duet with Bacchus. Her voice soared higher and higher and it was just heavenly.

Davidsen is an extremely tall, majestic-looking woman with a warm stage presence. Right now, she is lacking some specificity with her acting, but I'm sure that will come with time.

This revival was carefully cast. In the prologue, Isabel Leonard as the Composer was endearingly idealistic and agitated. Leonard's voice is rather soft-grained and a bit generic, but she did a decent job with this brief role. "Sein wir wieder gut" was extremely pleasing to the ears without being truly memorable.

Brenda Rae (Zerbinetta) was a disappointment. Both her voice and her acting were colorless -- she has a habit of breathily pecking at notes. She also didn't have the sass and humor required for this role. "Großmächtige Prinzessin" was very underwhelming -- she didn't have the trills, the flexibility of voice, or gleaming upper register to make an impact in this marathon aria. The final high D was also short and weak, which resulted in a rather lukewarm ovation. I might be spoiled though because my first-ever live Zerbinetta was Natalie Dessay.
Both the smaller roles in the Prologue and the commedia dell'arte roles in the second act were well cast. I particularly enjoyed Ryan Speedo Green's Truffaldin, Wolfgang Brendel as the Major-Domo, and Johannes Martin Kränzle as the Music Master. The floating nymph trio had some luxury casting in mezzo Tamara Mumford as Dryade.
Brandon Jovanovich survived the cruelly punishing, unrewarding role of Bacchus. The role consists mostly of a long, anti-climactic duet with Ariadne where Bacchus usually ends up shouting and short-breathed while the Ariadne soars over the orchestra. Jovanovich avoided shouting, and he managed to look good. There were even hints of tonal beauty here and there.
Octogenarian conductor Marek Janowski was one of the best things about this revival. The orchestra sounded both intimate and grand, and the finale had the sweep and lushness that is longed-for but rarely achieved in Strauss performances.
the
Elijah Mohinsky's nearly 30-year old production is one of the finest productions currently in the Met rotation. It's charming, funny, and magical. The set for the Prologue is full of clever nods to real-life backstage spaces, and the opera proper's staging is enchanting, with its stylized depiction of the island Naxos . I certainly hope this production stays in the repertory for a few more revivals.
This Ariadne runs for only three more performances, including a live in HD on March 12. 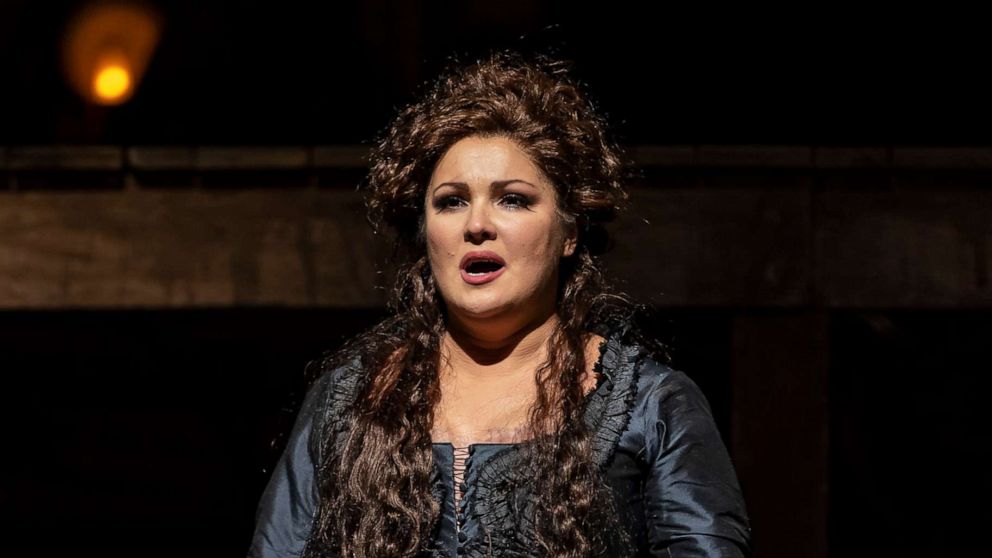 As for Anna Netrebko, I don't even know what to say. I'm sympathetic to the pressures citizens face from totalitarian governments -- one has little idea how much Netrebko's support for Putin is genuine and how much is transactional. I also feel that the rush to cancel anything Russian (including people ostentatiously throwing their vodka down the drain) is eerily reminiscent of the hatred and xenophobia directed towards Asians in the early days of the covid pandemic.
However, Netrebko's reticence to directly criticize Putin is disappointing, especially as she has Austrian citizenship and does not even live in Russia. Her flurry of now-deleted Instagram posts alternated between tone-deaf defiance and bizarreness -- why post, then delete, two photos of her with Valery Gergiev? It also contrasted with the moral courage of a number of artists who do live in Russia -- from Mariinsky dancer Vladimir Shklyarov to Bolshoi Theatre's General Director Vladimir Urin. Several singers with large fanbases in Russia (like Latvian mezzo Elina Garanca) also condemned the war with much more clarity than Netrebko. 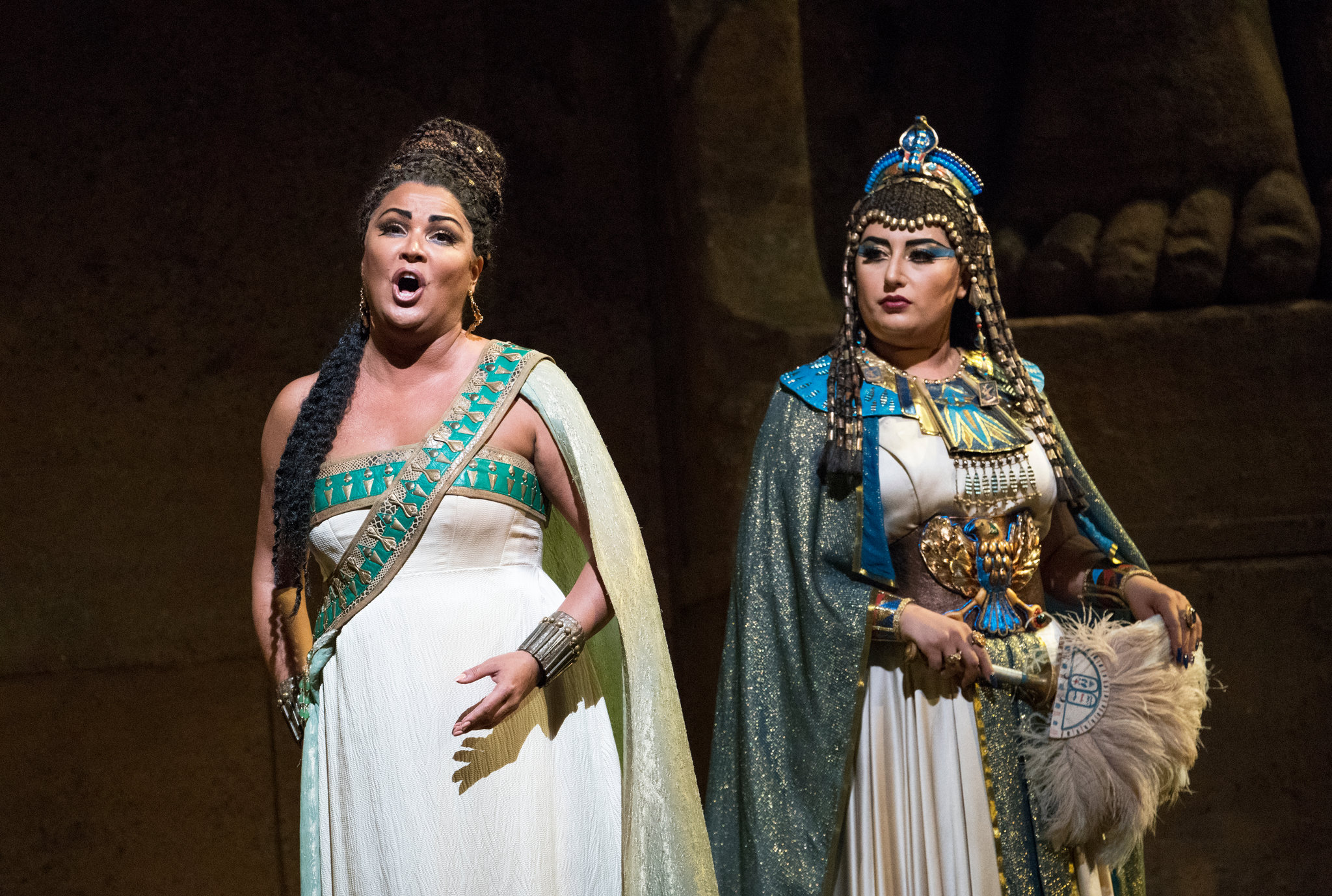 Netrebko's relationship with Peter Gelb was also so symbiotic that one knew that had she expressed any willingness to speak out against Putin's brutality, Gelb would have happily kept her on the roster. Netrebko sang in every Met season since 2002 and many HD cinema-casts. Her name on the program guaranteed sold-out houses.
Some opera fans complained about her cloudy diction, her rhythmic slackness, her approximate coloratura, but the fact is that her tonal splendor, large voice, rock-solid upper register, and stage charisma more than made up for those demerits. In her best roles (like Lady Macbeth, Adriana Lecouvreur and Aida) she combined an old-world glamor with truly exciting, seat-of-your-pants vocalism. I saw her very last performance as Lady Macbeth and she was thrilling.
Peter Gelb made the right decision. There is no place for an apologist of Vladimir Putin at the Met right now. But I will miss listening to Netrebko. Her exit from the Met is a loss for everyone.
Anna Netrebko Lise Davidsen Metropolitan Opera opera