- February 05, 2011
Last fall I went to the revival of Don Pasquale at the Met and enjoyed it so much I bought a ticket for the winter run. For one, I wanted to see Matthew Polenzani as Ernesto, and I also just thought the opera was a lot of fun and I wanted to see it a second time. Well last night I went to the first performance of this second run and found the performance listless and disappointing. 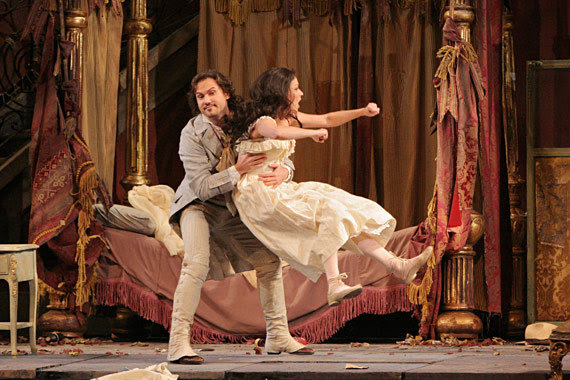 For one, Polenzani cancelled and Ernesto was sung by the Ernesto I had seen the fall, Barry Banks. Banks is a tiny (can't be more than 5 feet) tenor with a bright voice, good top notes, and a vibrato that can drive one up the wall. It's one of those bleaty, relentlessly flickery vibratos that is only exaggerrated when he pushes his voice in a barn like the Met. His Ernesto is that of a spoiled child (his short stature only exaggerates that quality) who stomps his feet and mopes constantly, to the point where one wonders why Norina would love such an annoying character. Polenzani's voice is sweeter, more simpatico to my ears, and I'm disappointed I missed hearing him again as Ernesto.

The Don Pasquale, John del Carlo, seemed to be having an off night vocally. He became inaudible at times during ensembles and solos, a hard feat considering that the conductor, James Levine, deliberately kept the orchestra playing in an accomodating, almost lackadaisiacal way. Even Anna Netrebko, whose big, full voice usually fills the Met easily, had times where she sounded underpowered and weak, particularly during the Act II finale quartet. She seemed tentative in her attack on the high notes. Her Norina remains one of her funniest, most endearing stage creations, and she makes this normally shrewish character charming and goofy. Her deliberately clumsy dancing, her somersaults when she's happy, her remorse after slapping Don Pasquale, and Netrebko's own natural warmth as a performer are all fun to watch. But vocally she wasn't very "on" last night. She followed all the stage directions, but her vocalism sounded sluggish. The only singer who had all cylinders turning was Mariusz Kweicien, who was dapper, energetic, and vocally impressive as Malatesta. But Don Pasquale is an ensemble opera, where everyone must seem like they are not only singing, but having fun, and last night there was a lot of inertness to the performance. Even the encore of the famous patter duet seemed perfunctory.

Otto Schenk's production is set sometime in the late 1800s, but has a lot of modern touches, and relies a lot on slapstick to tell the story. For one, the sympathy is squarely on Don Pasquale in this production. He's first seen scratching his backside to the audience, but the fact that his house is falling apart, and he's moved his nursing-home like bed downstairs gives audiences the idea that he's one of those elderly people who simply can't cope anymore. Ernesto seems like a temper-tantrum prone spoiled brat. A more dashing, charismatic Ernesto like Juan Diego Florez (who starred in the original run in 2006) might have made a different impression. 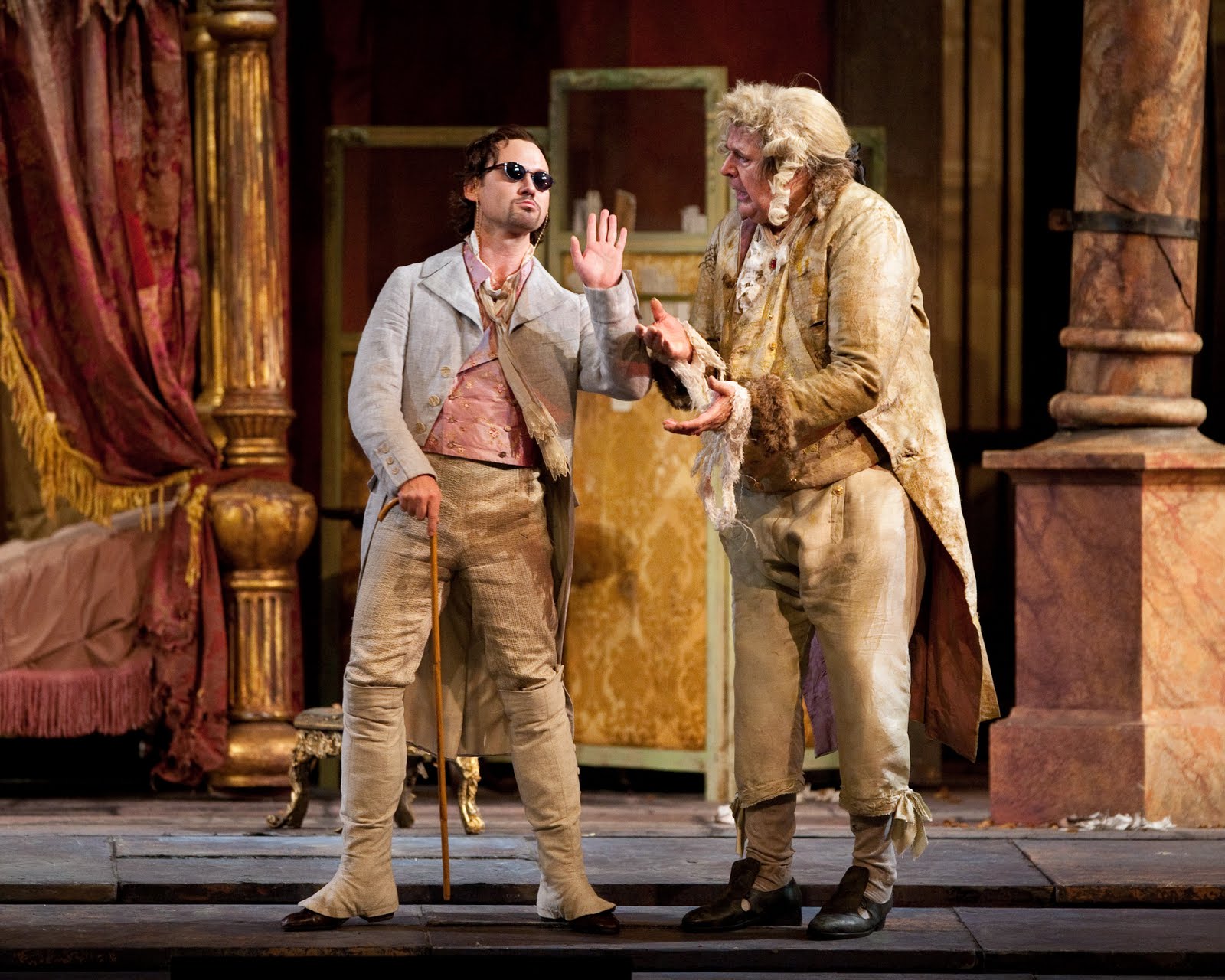 Norina is a thoroughly modern woman, well aware of her sexual appeal and her relationship with Malatesta is that between a woman and her best gay friend. They flirt, but the fact that Malatesta in this production is clearly a flaming gay gives this opera a more contemporary feel. But their modern personalities and behavior also make their practical joke on Don Pasquale seem crueler and more unnecessary. Opera buffa often relies on a set of social assumptions (arranged marriages for which women have no choice in the matter, inheritances, disinheritances) that make them very hard to update. Even Schenk's deliberately old-fashioned production has difficulties with the delicate balance that has to be made between social commetary, slapstick, and "they all lived happily ever after" sweetness. The scene changes in this production take a lot of time, which takes away from the brisk pacing of Donizetti's efficient comedy.

Perhaps all the energy from the performers went into the first run of performances in the fall, when Otto Schenk was on hand himself to supervise the revival. But last night was a reminder of how delicate Donizetti's comedy is. It has no big set pieces, no sure-fire well-known "tune." It's an ensemble opera, and a comedy with a hint of melancholy and cruelty. On a good night, everyone goes home happy and smiling. On an off night, the slapstick can seem crude and heavyhanded, the music by turns saccharine and lightweight. That is unfortunately what happened last night.
Anna Netrebko Metropolitan Opera opera performance review