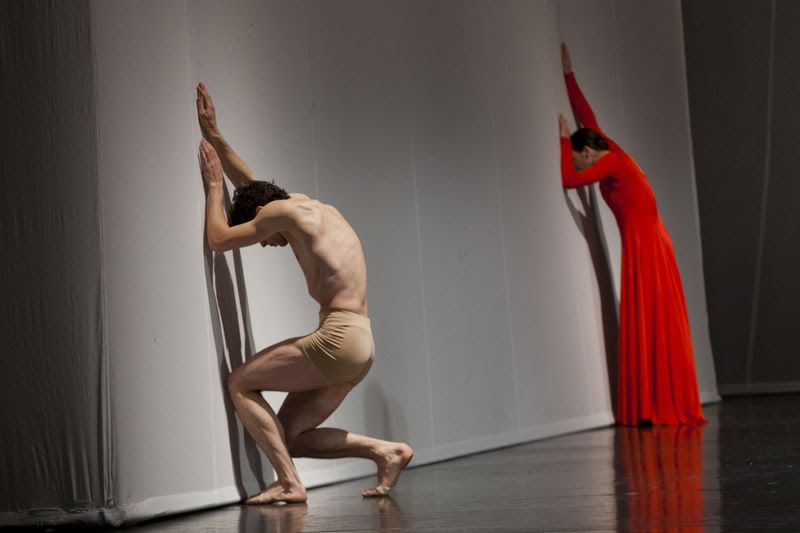 Gluck: Orpheus and Eurydice
Paris Opera Ballet
July 22, 2012
I'll just be upfront and say that this was one of the most disappointing, pointless theater experiences ever attended. I suppose it's all a matter of expectations -- I expected Pina Bausch's supposed "masterwork" to be a danced interpretation of Gluck's opera. Bausch was not the first, nor the last choreographer to try her hand at choreographing Gluck's haunting, beautiful music. And with the Paris Opera Ballet etoiles, who now dance almost as much modern choreography as "the classics," I really had high expectations.

What I got instead was a mind-numbingly dull, static two hours of modern dance cliches that look so cliched one can hardly believe they belong all in one piece, but they do. The Martha Graham-like leg-flailing in the long dresses? Check. Isadora-Duncan-esque Greek statue modeling? Check. Mysterious, scantily clad men who run onstage for no other reason than to look menacing and beefy? Check. Sturm and drang and angst at all times? Check. Ballet split into four rather existential-sounding scenes (Mourning, Violence, Peace, and Death)? Check check check. All of this would have been forgivable had the choreography been even slightly musical. By musical, I'm not confining myself to classical ballet. For instance, there is something very musical about the way the mushrooms dance in Fantasia. There's something extremely musical about Fred and Ginger swaying side to side at the start of "Cheek to Cheek."

Bausch's choreography, however, is a series of the same repetitive motions and poses, done on different dancers, for the entire "opera," to the point where after awhile they became almost invisible. If there was a connection to the score, I didn't see it. Stephane Buillon  stood, sat, crouched, stomped, put his head in his hands, spread his arms, implored the gods, whatever, except not for one moment did I sense that this was Orpheus, a man searching through hell for his beloved wife. Marie Agnes Gillot was a beautiful, striking figure throughout the ballet, but again, she stood, sat, crouched, stomped, put her head in her hands, spread her arms, implored the gods, whatever, and not for a moment did I make the connection that she was Eurydice.

The only emotion, the only feeling I got from the entire ballet was through the singers, orchestra, and chorus. The three singers who double the dancers (Orpheus, Eurydice, and Love), despite the Koch Theater's famously dry acoustic, sang their hearts out. There were no subtitles, and the opera was sung in German, instead of the usual French or Italian. But Gluck's music touched the heart and haunted the soul. The singers (Maria Riccarda Wesseling as Orpheus, Yun Jung Choi as Eurydice, and Zoe Nicolaidou as Love) aren't huge names, but they single-handedly saved the afternoon. If you had no familiarity with Gluck's opera you could at least understand that the singers were singing about grief, death, love, and hope. Orpheus's love for his wife was obvious not by anything the dancers did, but by the tender strains of Gluck's music.

Bausch, by the way, not that it really matters, rearranges the ending to Gluck's opera, so it ends not with Orpheus and Eurydice reuniting, but with a stage full of dead bodies.

As for the POB, I understand this has become one of their trademark roles, but I do find it sort of curious that a company that minded their manners almost to a point of artificiality in Giselle went so over the top with the "acting" in Orpheus. Mouths open, faces contorted in pain, arms flailing, it was like the polar opposite of their acting in Giselle. But the overall effect was the same -- this company, despite the undeniable beauty of its solo dancers (what lovely feet), and the even more impressive discipline of the corps de ballet, is a strangely unlovable company.
ballet modern dance opera Paris Opera Ballet performance review