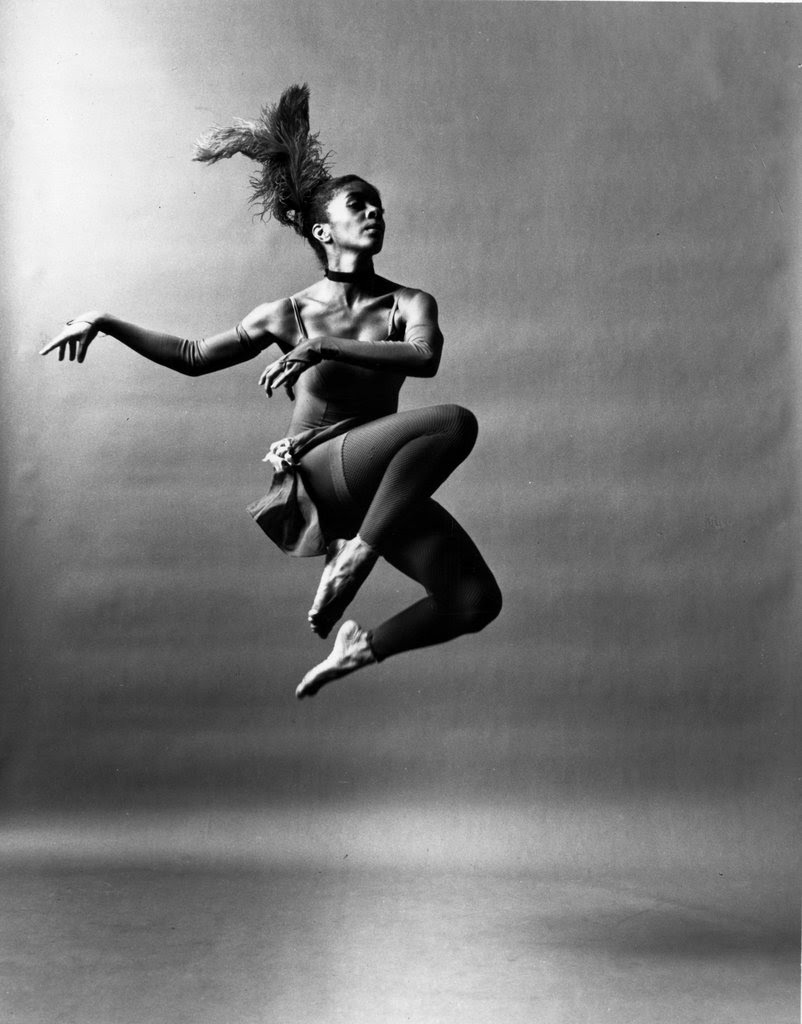 I made two trips this weekend to see Paul Taylor Dance Company, currently making their annual stop in New York. On Friday the program consisted of the evergreen Arden Court, the grim war-time drama Banquet of Vultures, and the sexy tango-inspired favorite Piazzolla Caldera. It was a typical Paul Taylor program -- eclectic, a mix of the very light (Arden Court), the very dark (Banquet), and the sexy (Piazzolla).


Banquet of Vultures was maybe the most difficult, but most haunting work of the trio. The stage is entirely dark, as men dressed in fatigues appear to be fighting a trench war. A sinister man in a suit that represented Death (Michael Trusnovec) watches coldly as one man after another dies. He watches them fight, struggle, and finally he gives them fatal tap of death. But in maybe the work's most shocking moment, a young woman holding a candle (Jamie Rae Walker) ventures into the war-zone. She is brutally killed by Death Man, and then stabbed over and over with the extinguished candle.

This afternoon's program was an altogether different matter, however. In a company that prides itself on lack of sentimentality (long-time dancers often retire without much more than an extra hearty ovation from those in the know), an army of Paul Taylor veteran dancers were brought back for a Very Special Performance of From Sea to Shining Sea. I only recognized Annamaria Mazzini, Julie Tice, Lisa Viola, and Amy Young among the vets. The dance is really more of a sketch comedy. It was created in 1965 and contains a lot of parodies of Americana, including the Statue of Liberty, the Pilgrims, Uncle Sam, Superman, Cowboys, and Betsy Ross. There's also a rather funny (if inappropriate) sketch of the KKK, and there's a nod to 60's counterculture with a streaker. Some of the bits were funny, but I thought this was one rare case where Taylor made a poor pick of music. I think the dance might have been more effective set to a medley of Americana songs, instead of a rather dissonant score by John Herbert McDowell. Oh well. Fun to see a class reunion.

After the intermission the classic Paul Taylor crowd-pleaser Esplanade came on. This is like the Taylor version of Alvin Ailey's Revelations -- the curtain comes up and the audience is already applauding. I don't think I have anything to add that hasn't been said before about this delightful piece, that consists almost entirely of skipping, running, hopping, somersaults, and girls jumping into boys arms. Nevertheless the "lonely girl" Michelle Fleet was absolutely fantastic. She happened to be the only African-American dancer onstage, which added a slightly subversive element to the otherwise sunny work. Was she without a partner because she didn't quite fit in? The final image of her alone on the stage, smiling bravely, gave this work a nice twist of ambiguity.

The great choreographer came out for a bow with his dancers. There was much applause. He looked very frail.

In other news I saw Muppets Most Wanted this weekend. This, along with The Lego Movie, have been two absolutely delightful "kids" movies that adults can enjoy even more. There are as usual lots of cameos, including a good-humored one from Celine Dion, but Tina Fey really shines as a gulag leader with a major frog fetish. One of the joys of the Muppets is that interactions (including romantic) between humans and furry muppets is considered completely natural and normal. So there's no weirdness at all seeing Tina Fey passionately kiss a cameo of Kermit the Frog. Go see it for yourself, you'll like it.
film modern dance Paul Taylor Dance Company performance review